What is a Borrowing Employer?

Most Americans working on overseas oil rigs and vessels typically believe that they are employed by the entity that issues their paychecks and W-2 forms. This is not true under the Jones Act. The Jones Act allows any seamen, including American workers overseas, to have more than one employer against whom they can file a claim. The Jones Act allows for “borrowing employers.”

A borrowing employer is any company that exercises sufficient control over the worker. Courts typically look to determine if the company controlled some or most of the details of the employee’s day-to-day activities. I think of it as the difference between hiring a babysitter under your immediate direction and supervision versus hiring a specialized independent contractor such as an electrician to fix a single specific problem with your house. In order to establish a borrowing employer relationship with another company, you simply must show evidence that they exercised some degree of control over your day-to-day activities while you are working on the rig or vessel.

Another aspect of a borrowing employer relationship is that it is typically a “factual issue” for a jury to determine at trial. This means that as long as there is minimum evidence establishing such a relationship, most courts will typically allow a jury to address the issue which means that your case will have its day in court if necessary.

Filing Claims in the United States When Injured Overseas 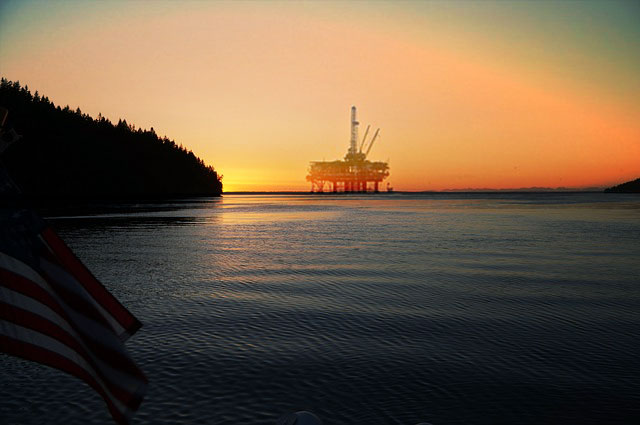 States against the American corporation by showing evidence that it was your borrowing employer.

“Shell companies” are a common (and frustrating!) practice in the offshore industry. In order to get around regulations, Louisiana offshore companies and others exploit loopholes by creating “shell companies” that are registered in other countries. This allows them to get away with a lot! They can avoid potential lawsuits, not adhere to U.S. regulations, and essentially do what they please.

This practice is particularly detrimental to offshore workers who think they’re hired by U.S.-based offshore companies but learn that they are in fact employed by a company they’ve never even heard of! Companies like Transocean use this tactic to avoid taking responsibility when a maritime worker gets injured offshore, which makes it that much harder to acquire justice for these injured workers.

These offshore companies should not be allowed to operate in such a way and the continued practice of creating shell companies will do nothing but harm maritime workers.

We were involved in a case which is unfortunately similar to a few others which we have addressed in recent years. Our client works for an entity controlled by Diamond Offshore Drilling, Inc., the large Houston based drilling company with which any maritime worker in the Gulf of Mexico is familiar. Our client “technically” received his W-2 from a Diamond entity which is incorporated in Bermuda. This entity is known as Diamond Offshore Services, Limited.

Our claim centers around tuberculosis which we allege our client contracted while he was overseas working for Diamond. Our client is a very nice career worker with Diamond who has lived in Alabama his entire life. When we filed suit, Diamond immediately filed preliminary motions objecting to what is known as “jurisdiction”. In short, Diamond’s argument is that our client cannot sue any Diamond entity in the United States since he was technically employed by a Bermuda company.

I am personally embarrassed for Diamond in taking this type of an approach against one of its own employees. While I certainly understand the tax benefits of incorporating offshore and overseas, and ultimately this may be in Diamond’s best interest, I find it disappointing that an obviously American-based company would hide behind such a technicality all the while benefiting from a significant workforce in Houston, Texas as well as hundreds of employees in the Gulf South. The court in our case has not yet determined the extent to which we can pierce through the technicalities and present our client’s case in an American court. Regardless of the court’s decision in this regard, our client certainly sees his previous employer in a very different light.

If you sign any type of contract with Diamond or receive a W 2 from Diamond, you should pay close attention to such documents. I would be curious how Diamond would answer a simple question of “what rights do I have against your company in an American court if I am ultimately injured working for you?” I am sure it the answer would be a long “…it depends”.