Examples of Jones Act Cases that Have Been Settled

We will typically refer them to our case settlement page. We’ll also tell them to view our videos of former clients who can discuss the results they received and the experience they went through with us. These case examples will involve lower back injuries, neck injuries, knee injuries, and other typical injuries that are involved in Jones Act cases.

A Selection of Jones Act Cases

In addition to the above settlement and testimonial pages, we have compiled a PDF of some select Jones Act cases we handled over the years. This PDF contains actual court documents from the cases and provides an inside lookatn how these cases are discussed in court. 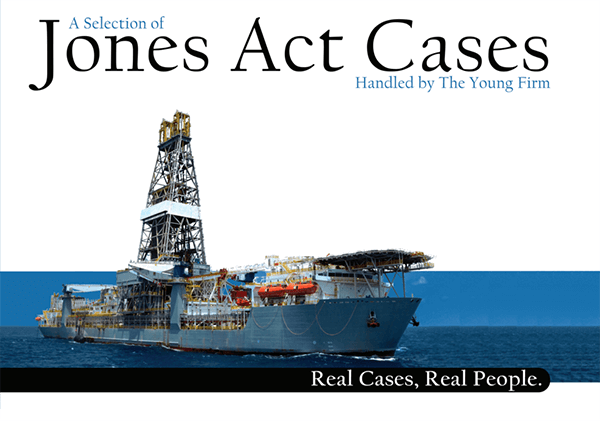 Mr. Rayborn sustained injuries to his left eye when a hose burst, spraying hydraulic fluid into his eye when he was working on an oil rig for Diamond Offshore. Although there was no medical problem diagnosed with Mr. Rayborn’s left eye, he continued to experience blurred vision and light sensitivity in his left eye.

Mr. Norris suffered an injury to his ankle when he was working on a crane barge and an oxygen tank tipped over, striking his ankle. Bertuzzi Contracting refused to offer more than $200,000.00 as settlement prior to trial. At trial, the jury awarded more than $2,000,000.00 in damages which was reduced for Mr. Norris’ assigned comparative fault. Ultimately, the trial judge lowered the award finding citing that it had been excessive. The attached decision is from the trial judge when he reviewed the jury’s award.

We were successful in filing a motion to compel and having the court order Diamond to produce the Incident Investigation Report as well as other critical documents in the case. The decision is a typical example of how companies will often refuse to produce critical documents which can greatly assist in proving liability or fault on the part of the company. 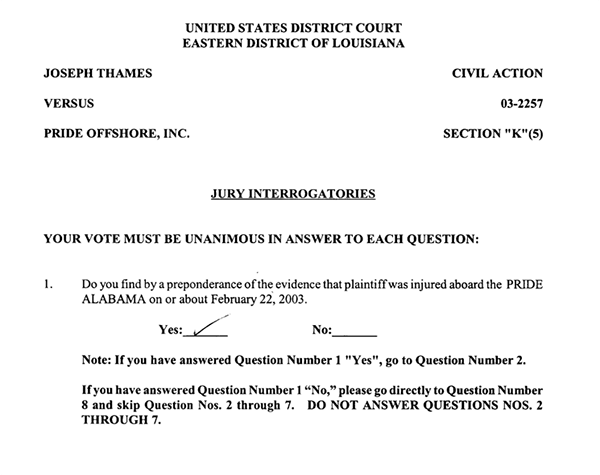 Mr. Naquin was awarded $2,500,000 by a Federal jury in New Orleans after suffering severe injuries to his heel when a dockside crane he was working in collapsed off of its pedestal. Exhibit 1 is the trial judge’s denial of various motions filed by EBI seeking to reverse or lower the jury’s verdict. It is a well-written opinion that explains

All in all, this document can provide some helpful insight to anyone considering filing a maritime injury claim. These kind of cases are both complex and specialized and require in-depth knowledge to file and win. If you have any questions or concerns, please contact a maritime attorney at The Young Firm at 504-680-4100. We can evaluate your situation, determine the options available and explain the impact of various elements on your potential case.