Compared to some of the more labor-intensive job duties found on platforms or vessels, painting and sanding vessel railings on your knees for hours on end may seem like benign and relatively safe work. However, as anyone who has performed this kind of labor can tell you, it’s hard both on the knees and on the back, especially if there isn’t proper safety gear available. Unfortunately for our client, it was this very sustained exposure to these repetitive motions and awkward positions that caused his knee injury in August of 2016.

On the day of his injury, our client was working as a Deckhand on a docked M/V on the Mississippi River. He had been assigned the task of sanding and painting the handrails on the vessel and had spent several hours working on his knees. At one point during the day he descended a flight of stairs to retrieve an item on the level below. As he was walking down the flight of stairs, he felt a pop in his left knee and had to sit down.  After he rested, he immediately reported it to his Captain and showed him the knee. The Captain agreed that he should seek medical attention.

Client’s Knee Injury Made Him Lose His Job

Our client saw several doctors after the incident and was diagnosed with a lateral patellar subluxation/dislocation on his left knee.

On February 2017, his company terminated him essentially saying that he had “departed the vessel” without authorization despite the fact that our client had been on limited/light duty and had left in order to attend a doctor’s appointment for his knee injury.

They Could Have Prevented His Knee Injury But Chose Not To 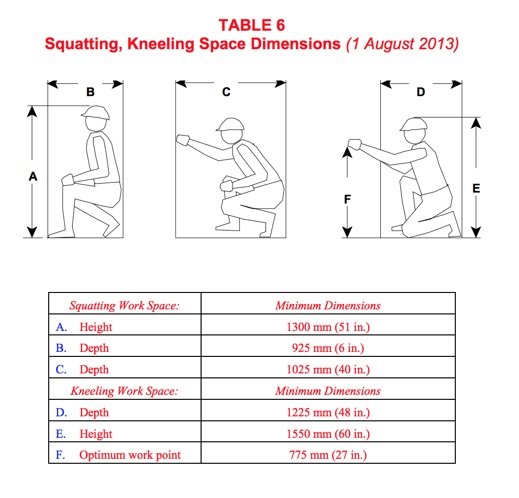 Workplace musculoskeletal disorders (MSDs), such as our client’s knee injury, are well-documented and agencies such as OSHA and ABS have clear ergonomics guidelines to help reduce and prevent these injuries.

According to an expert in our case:

It is well established and widely known that working on your knees creates stress on the knee that increases the risk of musculoskeletal disorders. According to the National Institute of Occupational Health and Safety, continual stress on the knee can cause the bursa (the small sacs of fluid that lubricate the knee) to get squeezed, swollen, stiff, and inflamed. Workers who work frequently in these positions are at increased risk of bursitis, tendonitis, and arthritis. 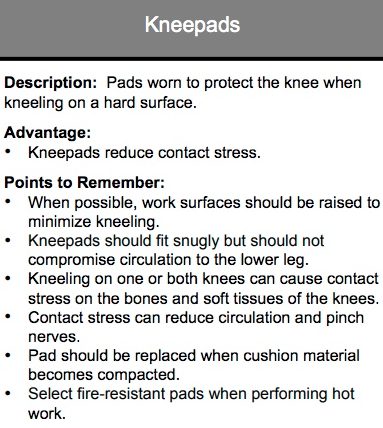 Unfortunately for our client, his company did not follow these guidelines or take into consideration the risk factors, and he was injured as a result.

He Asked for Proper Safety Gear and Was Denied

Prior to the start of the assignment that caused our client’s injury,

he had repeatedly asked the company to provide additional knee pads since the company had only one set of knee pads available for the entire crew to share. Our client even took the initiative to purchase his own knee pads but, when attempting to use them, he was informed by a safety inspector that he could not use his own personal knee pads, only those that were issued by the company.

Any competent ergonomics or safety analysis would have identified this task as a significant risk of musculoskeletal injury. The company knew this and yet refused to use job aids (such as stools, kneeling creepers, or knee pads) which would have prevented our client’s knee injury.

In the end, his knee healed completely with no restrictions. Even with the company arguing that our client sustained a “small” injury, we still won him a $125,000 settlement.