When you’re a maritime worker and have been injured on the job, you may be curious about filing a Jones Act claim. Generally, you’d want to consider filing a claim if you meet any of the following conditions:

Keep in mind, when you file a claim, your coworkers and supervisors aren’t going to have to pay you anything. It’s the company that is ultimately held responsible. These are just a few scenarios in which you’d want to think about filing a Jones Act claim.

Jones Act law says that your company is required to compensate you for the following if you suffered an injury at work (on or off the clock): 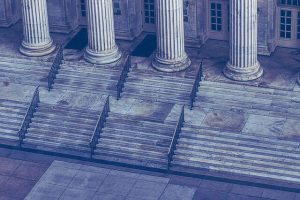 0:07 What does it mean to file a claim under the Jones Act?

0:10 Well, the Jones act is a federal statute that Congress passed years ago in the early 1900s.

0:44 So, the Jones Act can be thought of as sort of a negligence claim, but it’s actually brought against your employer.

1:09 So, remember the Jones Act is a federal statute. It is very protective of injured seamen and it allows you to seek any type of damage that was caused by your injury or accident, including damages out into the future.

1:22 Let us know if you have any questions at all about the Jones act and whether you qualify for that federal statute.