What is an Impairment Rating?

Under the Jones Act, the numerical impairment rating itself is not very important and does not necessarily hold any significance as to the value of your case.  In a Jones Act or Maritime Law case, there isn’t value assigned to those numbers under the statute, so you will not automatically receive any more or less money based on your impairment rating. In a maritime case and in a Jones Act case, what is critical is whether or not you can go back to the same type of work you used to do.

A lot of times people

will have an impairment rating to their lower back of 5 percent or 10 percent, but the doctor may actually release them to very heavy manual labor. This means that that person can actually go back to an oil rig or a vessel on the water, and make the same amount of money he used to make. So in that situation, an impairment rating is not significant at all. It does not mean that your company owes you a certain amount of money.

By the same token, a lot of times a person may have a very low impairment rating of 3 or 4 or 5 percent to the whole body, but because of the type of injury, the doctor actually recommends that you do not go back to heavy-duty work on an oil rig or on a vessel. In situations like that, you may have a very significant case because you’re going to lose a lot of future wages. The impairment rating that you’re given after a maritime work injury does not necessarily determine the value of your Jones Act case.

Questions About Your Impairment Rating or Your Jones Act Injury Settlement? 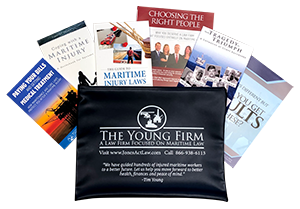 “The information is very helpful. I was very impressed with the level of material presented.”

“Easy to understand, direct, informative. I was a little overwhelmed by just exactly how much control companies have over our lives. Even though they are aware of the environment we work in.”