What is the Maritime Transportation Security Act of 2002? 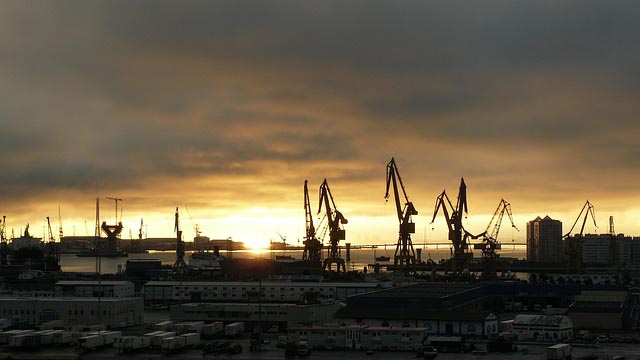 Maritime Transportation Security Act of 2002 (MTSA) was put into law by Congress in order to increase the security of our nation’s seaports. As an amendment to the Merchant Marine Act, the MTSA provides provisions for the maritime industry to which vessels and port facilities are mandated to adhere.
The MTSA is essentially a safety program that aims to better identify and deter threats at our ports and in our waterways.

An Overview of the Maritime Transportation Act 2002

Maritime workers are protected in a variety of ways, such as with maritime laws that mandate vessels be seaworthy. Injuries stemming from an unseaworthy vessel may be covered under the Jones Act. Shipping companies must abide by security measures that aim to keep maritime workers and others safe. Security programs are enforced through the Maritime Transportation Security Act of 2002. This may include procedures for screening and properly identifying personnel, providing security patrol and establishing restricted areas.Those sectors that have a higher risk of security incidents are required to follow these laws. For instance, vessels that handle explosives or hazardous gases may be included. Vessels that carry a certain number of passengers or a certain cargo weight also may fall under the Maritime Transportation Security Act of 2002.

Key Features of the MTSA

Through various procedures and protocols, the MTSA initiative is to “strengthen and add additional protective layers of defense to our Nation’s port security,” states the U.S. Department of Homeland Security (DHS).

In addition to attempting to deter terrorist attacks, the MTSA provides “Landmark legislation that requires area maritime security committees, security plans for facilities, and vessels that may be involved in a transportation security incident,” explains the DHS.

Some of the regulations that MTSA provides include:

To whom does the MTSA apply?

The MTSA is a fairly comprehensive piece of legislation that primarily applies to the sectors of the maritime industry with a high-risk factor for transportation security incidents. It encompasses “vessels and facilities operating on or adjacent to waters subject to the jurisdiction of the United States,” explains the DHS.

Entities that the act applies to include:

Weighing the Efficacy of the MTSA

The MTSA has helped improve the security of our waters to some degree. “Thanks to the leadership of the Coast Guard and the commitment from industry and their employees, I believe our ports and waterways are much safer than they were 11 years ago,” stated U.S. Rep. Frank A. LoBiondo, Chairman of the Coast Guard and Maritime Transportation Subcommittee, in a 2012 statement.

Still, at the time Rep. LoBiondo pointed out some areas for improvement. His concerns included:

In December 2o14, Congress issued a strong statement of support for the Jones Act and the domestic maritime industry: the National Defense Authorization Act (HR 3979).

In passing this measure, Congress noted that the national security benefits of the domestic maritime industry and Jones Act are “unquestioned”, and that they are vital to “the national security and economic vitality of the United States and the efficient operation of the United States transportation system.”  The legislation has officially been passed by the House and Senate, and is expected to be signed into law by President Obama.

Said Tom Allegretti, American Maritime Partnership Chairman, “Today, Congress reaffirmed its support for the American domestic maritime industry, the Jones Act, and the critical role both play in the national security and economic vitality of our nation.  It is hard to imagine a more emphatic and unambiguous statement of support for the Jones Act than this legislation. The fact that it originated from both the House and Senate Armed Services Committees is only further evidence of the national security benefits of the Act and the American domestic maritime industry. In fact, this is the strongest Congressional statement of support for the Jones Act since the Merchant Marine Act of 1936.”

The Congressional statement of support for the Jones Act as part of the new legislation states:

The national security benefits of the domestic maritime industry are unquestioned as the Department of Defense depends on United States domestic trades’ fleet of container ships, roll-on/roll-off ships, and product tankers to carry military cargoes;

The Department of Defense benefits from a robust commercial shipyard and ship repair industry and current growth in that sector is particularly important as Federal budget cuts may reduce the number of new constructed military vessels; and

The domestic fleet is essential to national security and was a primary source of mariners needed to crew United States Government-owned sealift vessels activated from reserve status during Operations Enduring Freedom and Iraqi Freedom in the period 2002 through 2010.

Noted recently by Steve Scalise (R-LA) and Duncan Hunter (R-CA), “without the Jones Act, vessels and crews from foreign nations could move freely on U.S. waters, creating a more porous border, increasing possible security threats and introducing vessels and mariners who do not adhere to U.S. standards into the bloodstream of our nation.”

A report from the Lexington Institute stated that “[w]ithout the Jones Act, the Department of Homeland Security would be confronted by the difficult and very costly task of monitoring, regulating, and overseeing all foreign-controlled, foreign-crewed vessels in internal U.S. waters.”

Consultations with a Maritime Law Firm

For any legal questions regarding maritime injuries and the legal options available to workers who are injured on the job, contact an attorney at The Young Firm. Call anytime to schedule a free, no-obligation consultation: