No Recovery. No Fee. (866) 938-6113
Menu
Menu
Close Menu
HomeVideosTim Young Talks About Why He Became a Lawyer

Tim Young Talks About Why He Became a Lawyer


There’s a certain comfort in knowing what you want to be “when you grow up.” I had always known that I would follow in my dad’s footsteps. 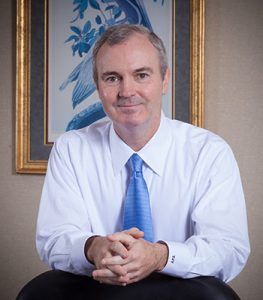 My dad, Robert J. Young Jr., founded The Young Firm in New Orleans over 50 years ago. It started out as many small businesses do: built from the ground up. In the beginning, my dad worked long hours, often on the weekends, to get to a place where he felt stable and secure.

Over the years the business grew. Dad had a lot of clients, many of them from different backgrounds and walks of life. Even then, the majority of his clients worked offshore, and he felt a particularly strong connection to these hardworking people. Their stories and troubles struck a chord with our firm.

It wasn’t until my late 20s that I graduated from law school and officially joined the practice, but it felt as if I had been a part of it even since my boyhood days. I never for a second thought of doing anything else. My family had been upholding the law for generations, and it felt natural to continue practicing maritime law. Years later Dad eventually retired and handed the practice down to me.

0:01 I became a lawyer because it’s the simplest, quickest way to genuinely help people. My father was an attorney and I find that when you get involved in a case you’re having a significant influence over their life, which is unlike alot of professions where people make items or people sell items.

0:20 Being a lawyer is where you actually go in and you handle something that’s very important or perhaps the most important thing to people.

More articles about Tim and The Young Firm: