Are Lifeboats Killing More Than They Save? 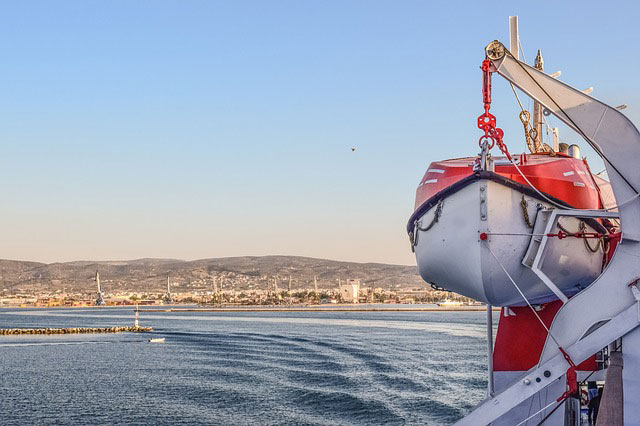 Despite what their name implies, lifeboats can be anything but safe and can, in fact, strike fear into those who must use and operate them. After the Thomas Majesty lifeboat accident in mid-February 2013, it is easy to wonder just how safe lifeboats are, and as it turns out, not very.

According to Stuart Withington, Principal Investigator in the Maritime Accident Investigations Branch (MAIB) in the UK, “the lifeboat launching and recovery operation is the one activity that poses the highest risk to crew safety.” 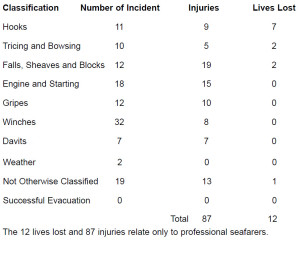 Statistically, this is a large percentage and does not account for accidents in other parts of the world. It is estimated that over 100 seamen worldwide were killed operating lifeboats in the 1990s. These lifeboat-related deaths were equal to the two other offshore activities that had the most fatalities: entering confined spaces and falls overboard.

Of these lifeboat accidents, the MAIB determined that on-load release hook issues were the most common cause of fatal accidents. The 2nd most common causes had to do with tricing and bowsing, and falls, sheaves and blocks (see figure from MAIB Safety Study).

The report uncovered that these accidents were generally caused by one or more factors: 1) faulty and overcomplicated designs in the equipment, 2) improper use of the equipment, 3) lack of crew training and understanding of the equipment, 4) poor labeling or instructions provided by the manufacturers, and 5) lack of proper maintenance and inspection.

At the conclusion of their report, MAIB recommended that IMO “undertakes a study on the present value, need, and desirability of lifeboats.”

In May of 2011, IMO added a new amendment to the International Convention for the Safety of Life at Sea (SOLAS) that requires lifeboat on-load release mechanisms to be replaced no later than July 1, 2019.The amendment was entered into force in January of 2013 and is meant to establish stricter safety standards for lifeboat release and retrieval mechanisms. The IMO committee also adopted guidelines for the evaluation and replacement of these mechanisms.

Some may believe these measures to be too little, too late and instead are working on their own solutions. For example, a team at Maersk and Svendborg Hydraulics designed a “Drop-in-Ball” to replace the hook when securing the craft to the winching device. They also designed a “garage” to protect the lifeboats from the elements and thereby reduce the maintenance needed to assure safety.

Still others, such as The Standard’s Director of Loss Prevention Neale Rodrigues, are convinced that lifeboat accidents can be prevented simply by the crew paying more attention. To read all of his recommendations, visit http://www.standard-club.com/docs/SS_Jun07_disc.pdf.

Whether these solutions will in fact reduce lifeboat-related fatalities remains to be seen.