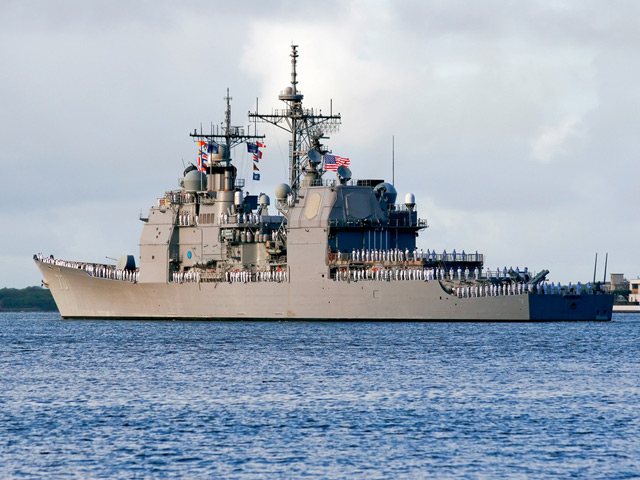 The World War II destroyer USS Laffey has come home, ABCNews.go.com has reported. Dubbed “The Ship That Would Not Die,” it returned on Wednesday, January 25 to the coast of South Carolina, where it will be housed at the Charleston Harbor Museum, specially dedicated to maritime and naval history.

More than 2 years ago, it was moved so that repairs, costing roughly $9 million, could be made to the hull on a dry dock. Around 50 people, ex-crew members included, gathered aboard an aircraft carrier to welcome home the Laffey.

The Laffey, which was built in 1943 in Maine, earned its aforementioned nickname in 1945 off the coast of Okinawa. It withstood an attack by Japanese planes, and half of them – about 25 – made contact. There were 103 casualties, the result of 4 bombs and 5 kamikaze planes.

The Laffey was also right in the middle of the D-Day invasion. In 1975, she was decommissioned; in 1981 she was brought to Patriots Point. It is now designated as a historic landmark.

A state loan paid for the renovations and the museum plans to use operating revenue to pay it back. Bringing the ship back was “not about museum ticket sales,” said the museum’s director, Mac Burdette. “It’s about preserving the heritage,” he said.

The Jones Act law provides you with certain protections your employer may not want you to know about. A Jones Act attorney from The Young Firm in New Orleans, Louisiana, can help you if you have suffered an offshore accident or other maritime accidents, or if you want to know how to file a worker’s comp claim. Though we are based in Louisiana, we are ready and able to help injured victims throughout the U.S. Order our free Maritime Injury Law guide and/or our guide towhat to do when you are injured offshore to learn all about your rights as an injured worker.

When you are ready to get started with your Jones Act injury case, we urge you to contact us today for a FREE case evaluation – call toll-free at 866-703-2590.